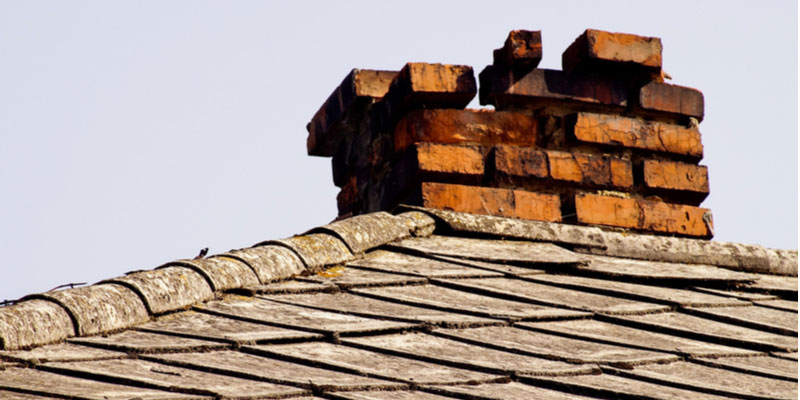 Some common reasons that chimney crowns crack in Toronto include wear and tear over time, a series of bad storms, and exposure to the elements.

The chimney crown that sits atop your chimney plays an important role in protecting your chimney and fireplace against the elements. For one, it keeps moisture out – and moisture is a leading cause of chimney damage.

A chimney crown is a concrete slab or piece of metal that sits at the highest point of your chimney. Think of it like the lid on your chimney, keeping out unwanted elements while still letting smoke filter out.

No chimney crown will last forever. At some point in time, you will need to replace or repair your existing crown.

Some common reasons that chimney crowns crack include:

4 Signs Your Chimney Crown Needs to Be Repaired or Replaced

The only way to know for certain if your chimney crown is damaged is to have your chimney inspected by a professional. Since the crown is so high up on your chimney, you won’t be able to see damages from down below. Once you get on top of your roof, damages to the chimney crown become much more obvious.

There are secondary signs of a cracked chimney crown, typically related to a leak. These signs include:

If your fireplace is filled with chunks of broken flue tiles, it’s a sign that the flue lining in your chimney is breaking down. Usually this is caused by water getting inside of the chimney, and this often happens due to a faulty chimney crown.

It is dangerous to continue using your chimney if the lining is damaged, it increases the risk of a chimney fire as well as carbon monoxide poisoning.

The firebox is rusted

If the firebox or damper is showing signs of rust, check the chimney crown to make sure it’s not letting moisture inside. If that’s not to blame, water is getting in some other way.

Your ceilings or walls show signs of water damage

If the walls around your chimney are cracked, peeling, discolored, or showing signs of water damage, water is getting in somehow – and it just might be through your chimney crown.

Why Do You Need a Chimney Crown?

There are several fundamental reasons why your chimney is not complete without its crown. Not only does the crown keep moisture out of the chimney, but it also prevents intruders like birds from building a nest inside of your chimney or getting inside of your home.

In addition, the crown is designed with a lip so that water runs out and away from the chimney, that way it doesn’t fall directly onto your chimney and cause damage to the mortar joints.

The experts at Turnbull Masonry know how to repair crown damage and leave your chimney like new!

In some cases, the crown can be repaired. This is often true for a cement crown that has several hairline cracks. In which case, adding a waterproof sealant may be enough to address the issue and prevent further damage. Larger cracks may be fixed with a high bond patching material. If the chimney crown is badly damaged, it may require a complete rebuild.

If you have a metal chimney crown that is broken or badly rusting, it likely needs to be replaced.